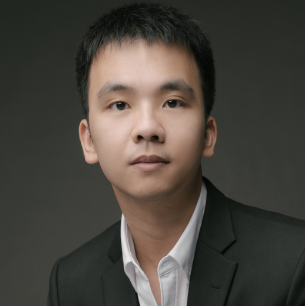 Education: The Starting Point For Success

Being a leader requires one to stand up and be responsible for all the actions that were taken. Amidst every challenge, Alexander Ivantandri holds on to the values he's had since young. As Director of PT. Eselka Structure Optima, also alumnus to UPH's Civil Engineering cohort 2010, he is as humane as any other and is ready to learn whenever new assignments came to his doorstep. "The biggest challenge I face is managing the team. I want them to not only be able to complete projects according to a predetermined time frame or maintaining a good relationship with our clients, and I would really love to see them grow so that they can work optimally in other areas of life as well. If they are growing as a person, they will instinctively want to help the company be better too," Alexander explains as he leads the company in building structure planning services, audits, and assessments of the feasibility of building structures. “I think that the key to getting better productivity is not to work harder. But rather, one should want to work smarter,” says Alexander. Therefore, Alexander believes that education will play a significant role in his career, as he too has reached for as high as PhD in civil engineering for this matter. He is also grateful to have supportive parents, one who always motivates him in both career and education. During his education at UPH, Alexander was able to develop both his education and competence in engineering through his participation in competitions against other universities. “One of the interesting experience I've had while studying at UPH was when my civil engineering friends and I participated in the National Concrete Competition at a private university. We learned a lot of new mixtures, especially when it comes to making concrete specimens,” he says with a light laugh. Alexander admits that UPH has been an important starting point for his career. He also hopes that UPH will continue to develop into one of the best universities in Indonesia for others to start their careers and achieve their success. “Thank you for being the milestone in my career, UPH! I hope that UPH can continue to develop into one of the best universities in the world,” Alexander closes.